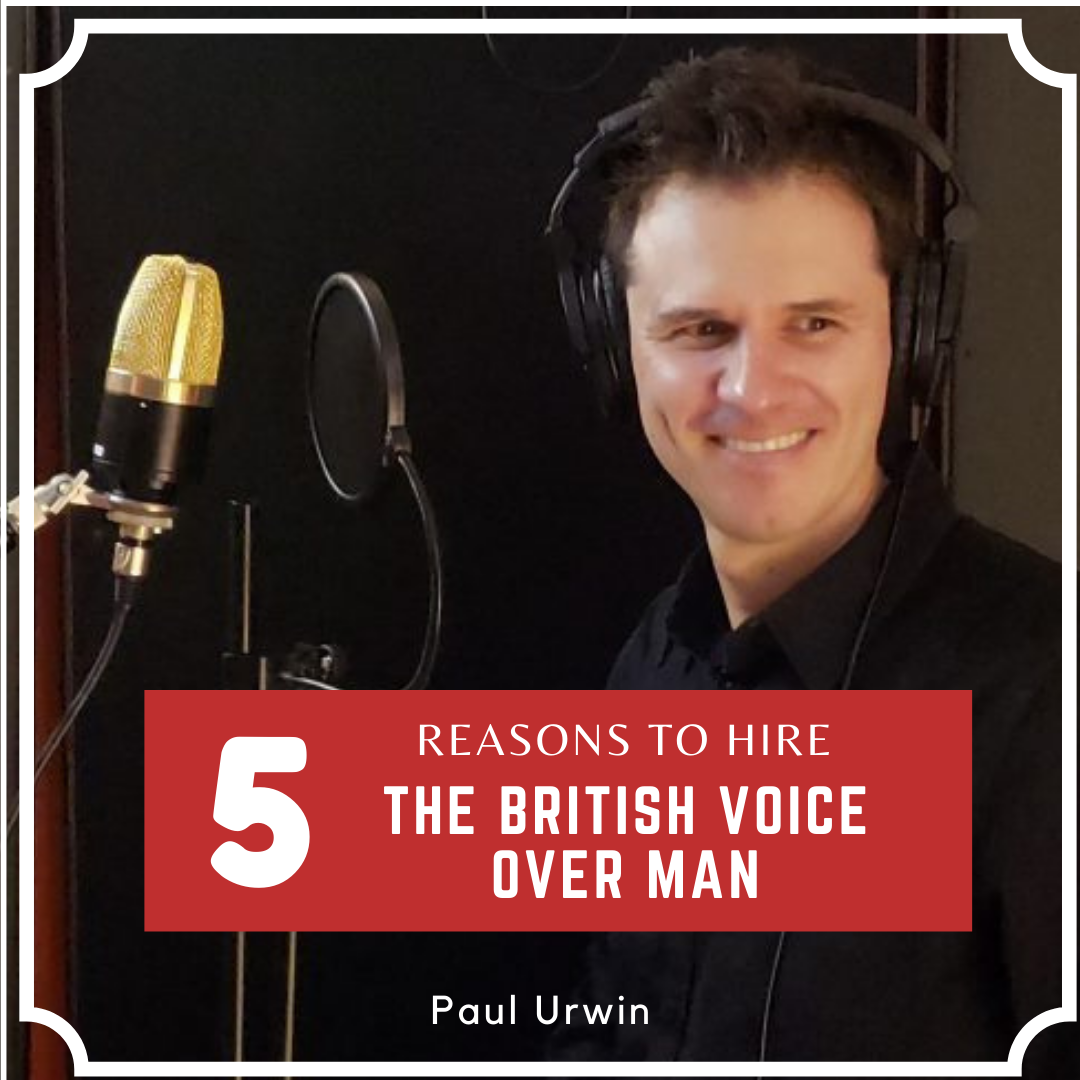 Of course, experience is very important when it comes to locutions. After all, “experience makes perfect”.

The British Voiceover Man has been a voiceover artist for more than 15 years. It all started as a simple request from one of his translation company‘s clients. It was a matter of reading a script, recording his voice and delivering the project. But in the end, Paul fell in love with voice-over. And several years later, Paul is still doing various types of voices in his own studio and expanding his portfolio of services.

All these years of experience have taught him to provide a cinematic experience, to play with different tonalities, to give personality to characters and to grow in different areas of voiceover. In other words, he managed to become an experienced voiceover actor.

If you want to know more about Paul’s work, watch this personal interview. There you can learn about how he got started in voiceovers, the kind of voices the British Voiceover Man does, the time he spends on scripts and much more.

The British Voiceover Man has a distinctive British accent that is perfect for corporate videos. After all, the British accent is one of the sexiest accents in the world. Plus, his voice makes a big impact because it is deep, intense, masculine and captivating.

Due to the particular characteristics of his voice, the British Voice Over Man usually works on commercial and corporate projects. However, he has also worked on other documentary, e-learning, explainer and audio-book voice-over projects. In these projects, Paul has had the opportunity to try out different tonalities, rhythms and voices. To check them out, you can listen to the latest demo reel here or watch some of his voiceover videos on the home page.

Another reason why you should hire British Voice over Man is their speed. While the length of the recording depends on the length of the script, a voice over project could be delivered in a couple of hours. Paul also has his own home studio, allowing him to start voice-over projects instantly. Basically, the British Voice-over Man usually delivers voice-overs the same day.

In addition, it is a complete voice-over service that includes other services such as translation, recording, editing and post-delivery service.

Voice-over services are end-to-end. Paul listens to his clients before he even starts recording and after he delivers the voice-over. A script can be read in a thousand ways and it is important to know what the client really needs. Paul works closely with his clients to choose the right voice. In addition, once the voice-over is completed, the client can request changes to the voice-over. All of this is done with the best service in mind.

How to hire the British Voiceover Man

If we have convinced you with these 5 reasons? Congratulations, it’s time to contact the British Voiceover Man! It’s easy to do, just fill in this form with your contact details. There you can specify the type of voice you need, the duration and include any other important details.

If you still don’t know what kind of voice you need, Paul can help you. Submit your script for ideas or request a custom demo.

While there are many English accents around the world, British and American accents are the…

Recent Posts
Archives
Categories
Get a free quote for the perfect voiceover!
Get In Touch Today!
Copyright British Voiceover Man 2021 - All Rights Reserved
Back To Top