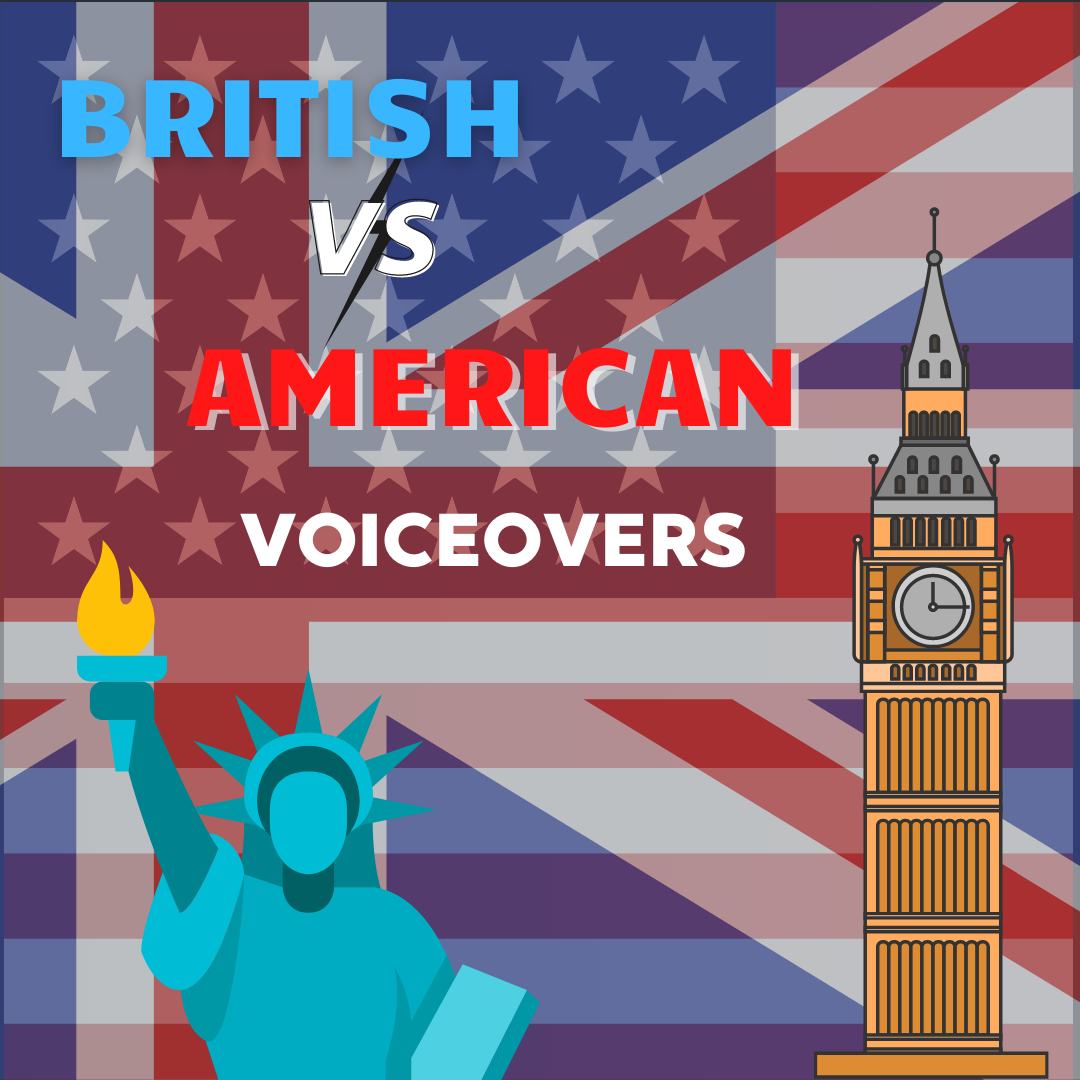 While there are many English accents around the world, British and American accents are the most common. And in fact, there is a lot of controversy about which accent is better. Of course, this is not unconnected to speech. So, which are better, American or British voiceovers?

A matter of preference

Choosing the ideal voice and accent is really a matter of preference. Some people prefer an American accent, while others prefer a British accent. As they say… “there’s no such thing as a bad taste”.

However, when it comes to the use of phrases, British English offers some advantages over the American accent. Here are some of them.

British voiceovers are understood by native and non-native English speakers

British English is English at its purest. It is the “original English”, a cleaner, more standardised version. Of course, there are various British accents, but there are also American accents. So in this sense there is not a very marked difference. The real differences between British and American English lie in grammar, vocabulary and spelling. In fact, English speakers can communicate easily regardless of their accent.

On the other hand, there are many non-native English speakers who understand the English accent perfectly well. This is partly due to the contributions of modern culture to the spread of the English language, as in the case of the Harry Potter books.

Many companies use American voice overs. Therefore, they are quite common, almost generic. This makes British voiceovers more appealing. Using a British voice will make you stand out from your competition. It will also make your advertising sound more exotic, distinguished and even easier to remember. Use a British voice over talent and you will see your brand start to gain recognition.

There is something about British voiceovers that makes them sound more elegant, sophisticated. Many people associate a British accent with intelligence. Something that is based on stereotypes and mere social psychology. You can exploit these stereotypes to highlight your advertising. Make people believe that they will be more intelligent and sophisticated if they buy your product. Make them relate the British voice over actor to, why not, Queen Elizabeth II; one of the most important and glamorous people in the world!

This is especially useful in the case of luxury products. For example, imagine you are promoting the new Louis Vuitton collection – which sounds more appealing: an American or a British voice over?

British accent is sexier than American accent…. according to a study

Not to exaggerate, but the British accent is considered one of the sexiest accents in the world and this study proves it!

According to this study on perceptions of accents, the British accent is the most popular accent abroad. Respondents described British male and female voices as sophisticated, stylish and professional. In addition, they said they enjoy listening to other languages with a British accent.

This gives you more opportunities, as you can offer British voiceovers in other languages and still capture the attention of clients. You just need to find a professional British voice over talent who speaks several languages, like Paul Urwin, and make a fortune out of it.

More than an accent…

So don’t wait any longer. If you’re ready to bring your British voiceovers to life, Paul Urwin is the voiceover actor you’re looking for. Paul has over 15 years of voiceover experience, his own recording studio and an extensive portfolio of clients – become one now!

The unique voice of the British Voiceover Man

Looking for new ways to give your advertising impact? Well, a British Voice Over could…

Recent Posts
Archives
Categories
Get a free quote for the perfect voiceover!
Get In Touch Today!
Copyright British Voiceover Man 2022 - All Rights Reserved
Back To Top